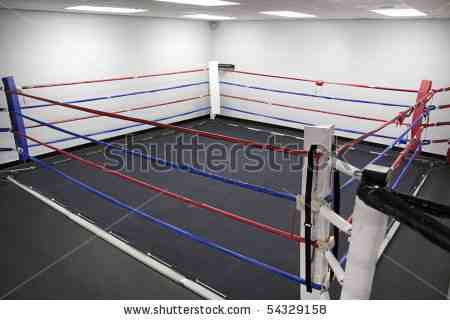 “Nothing else but ideas will change the world, but they can only do so at their own pace, when they become assimilated and people begin to think differently. That is where objective compassion comes in, that we should set ourselves to live in such a way that corresponds to what is best for the world, and that we should be in effect guinea pigs or demonstration animals to say that it is possible to live in this way, it is possible to be really happy in this way of living and make these kinds of sacrifice. It is no easy thing – however much we may say ‘Yes, yes’ to all this – when it actually comes to giving up having more of something which one has the power to get. It is then the test comes of our objective compassion. … but what is really important is that by having that attitude firmly in ourselves, we become contagious because just as diseases spread by contact, so also does a new point of view spread by contact. We need an epidemic, but that epidemic must be of a new attitude, picked up from people who have it. One has to look objectively. To be distressed over the state of the world, and remain distressed, however distressed one may be, is simply one’s own subjective state. It may even be satisfying to us to feel that we are sensitive and able to be distressed and the rest of it. The real thing is to have this objective compassion, to say, ‘I must do something myself’, that however small in its material consequences, can be very very large in its spiritual consequences.”(Compiled from tapes, Intimations – talks with J.G. Bennett at Beshara (Aldsworth: Beshara Publications, 1975) 16-17.)

Words so often tumble from pretend to contend, so it seems that the square that is called a ring might give a clue to the necessary process involved in doing the impossible – often called ‘squaring the circle’.

The ego and the One can wrestle if they are placed in a safe container to do that work.

Religions (Theist and atheist derivatives), and to some extent the political structures whose roots used to serve them, are designed to provide the narrative material and the square boundaries for the “ring” to appear for an individual evolutionary wrestling match. Recent events in the Christian traditions, in Israel, in the Middle East and elsewhere across the global religious theatre, render this religio-political design as failing, as less than practical for contemporary folk to feel safe within an existential inner wrestling rite of passgage with an invisible Creator: a rite of passage to the very purpose of their having been physically born, of becoming a Human, being.

“Idris, the Biblical Enoch, he who ‘disappeared because God had taken him’ (Gen. 5:24), is mentioned only twice in the Qur’an, and quite briefly. In contrast to that of Adam, his voyage is upward: ‘We raised him up to a high place’, … (Q. 19:57). Ibn ‘Arabi, … also speaks of him at some length in Chapters 14 and 15 of the Futuhat, … he is referred to emblematically as … ‘he who heals wounds’. This reference to a therapeutic role is connected to a long tradition, … which identifies Idris-Enoch with Hermes … and ascribes to him all cosmological knowledge.* Carried off into the celestial spheres, he is taught the mystery of their revolutions, of the links between what is above and what is below, and of how, step by step, divine commandments come down through the great chain of beings. He resides in the middle heaven, where the sun also is, the ‘heart’ of the Cosmos, and he possesses the knowledge of time and of its rhythms that order the cadenced flow of history.
* Islamic tradition ascribes the construction of the pyramids to Idris/Hermes. Foretold of the imminence of the great flood, he is to have represented there the arts and the sciences, as well as the instruments of both.” ( Michel Chodkiewicz, “The Endless Voyage,” The Journey of the Heart Specially for the Muhyiddin Ibn ‘Arabi Society (1996): 77.)

It is not about alcohol, the symbol of the misuse of a spiritual drink and the collapse of an inner meaning may be endlessly debated, what the collective sacrifice of abstinence in AA over eighty years is really about is the undeniable unlocking of the Universal Spanner that is capable of loosening any kind of nut.

Step 11 of this Programme is: Sought through prayer and meditation to improve our conscious contact with God, as we understood Him, praying only for knowledge of His will for us and the power to carry that out. (©AA)

Note that the Step doesn’t say to ‘establish’ conscious contact with God, to theorise about the possibility, to ask permission from someone licensed by Government, prophecy or importance. It states that if by the time a person reaches Step 11 and they have changed their behaviour in a clear and categoric manner, hitherto thought impossible, then that power to change is wrought by conscious contact with God.

In the wrestling ring of intellectual disassembly, the concept of such a simple proof of God would be an almost irresistible challenge to any latter day “Big Daddy heavyweight” of post modern academic qualification across any number of disciplines.

However, there is a successful line of spiritual transmission that now spans across a global presence of scores of differing 12 Step Fellowships, that count their practical claims to efficacy, across eight decades of proven fact, in the lives of millions of men and women from 140 countries, all of whom have either lived and died anonymously in conscious contact with God, or are still living anonymously in conscious contact with God, in the world but not of the world.

The circle is squared.

Historically, members of anonymous 12 Step Fellowships were urged to stay under cover for their health and as a part of their being bridged back to normal living, their Groups sometimes almost as hidden as any ancient Sufi tekke. Current global events are showing that normal living itself may be under threat. The 12 Step phenomenon seems to have become a surviving beachhead of the very sanity that it used to try to return folk to.

“If dull people lose the idea of God nothing happens – not immediately at least. But socially the masses begin to breed mental epidemics, of which we have now a fair number.” ( C. G. Jung, Psychology & Religion (New Haven and London: Yale University Press, 1938) 105.)

“In as much as collectivities are mere accumulations of individuals, their problems are also accumulations of individual problems … Such problems are never solved by legislation or tricks. They are only solved by a general change of attitude. And the change does not begin with propaganda and mass meetings, or with violence. It begins with a change in individuals. It will continue as a transformation of their personal likes and dislikes, of their outlook on life and of their values, and only the accumulation of such individual changes will produce a collective solution.” (C. G. Jung, Psychology & Religion (New Haven and London: Yale University Press, 1938) 95.)

There seems now to be no excuse for any political, economic, religious, quasi-patriotic, historic or idealistic log jam to persist that is causing misery, degradation and oppression.

But the answer is in the hands of individuals, clearly the politicians and the Central Bankers that they have become embroiled with can’t deliver a new vision. When a sufficient critical mass of individuals return to the Sunlight of the Holy Spirit, the global darkness will give way to a new dawn for all, even if the then political class try to claim it as their initiative.

“An awareness of his true situation and a determination to turn towards God are, however, useless without the grace of God to aid and protect him; ‘… and but for God’s bounty and mercy …’, ‘God guides to His light whom He pleases’. Thus the aspirant must become empty of himself and receptive to the inflow of divine grace. This grace may come to him directly as inspiration and flashes of insight, or indirectly through the scriptures and rites which, as vehicles of grace, serve the seeker as guides and supports. For, in addition to the task of combating his own spiritual blindness and insensibility, the aspirant must wage war against a host of external forces and tendencies which resist and fight the Spirit. The Prophet once said, ‘We are returning from the lesser war (jihad) to the greater war.'” (Translated by R.W.J. Austin, Sufis of Andalusia (Oxford: Beshara Publications, 1971) 53.)

The truth of the global problem and of that problem’s 12 Step resolution, has arrived as the appointment of the 12 Step Programme’s rendezvous with destiny on this World Health Day 2014. Falsehood will shatter. It’s simply a matter of time. Just how deep the global crisis has to become before sanity prevails is now in the hands of individual response. The preparation work is completed successfully. The outcome is not in question, but because the nature of arriving at that outcome is to be lived, it is up to you to do the work and then pass on your message.

“But there is One who has all power – that One is God. May you find Him now.
Half measures availed us nothing. We stood at the turning point. We asked His protection and care with complete abandon.” How It Works – Chapter 5 page 58/9 , of the book ©Alcoholics Anonymous.

“Our Fellowship has been permitted to achieve – though still in miniature – the ‘one world’ dream of philosophers. Ours is a world in which we can hotly differ, yet never think of schism or conflict as a solution. For as long as we remain sure that our ‘one world’ of A.A.’s is God’s gift, rather than any virtue earned or created by ourselves; and for so long as our ‘one world’ continues to be ever more inclusive of those in need: and for so long as we speak and try to perfect the language of love – for just so long may we count upon making whatever rendezvous with destiny that God would have us make.”(Approved by the General Service Conference, The AA Service Handbook on Public Information (York: A.A. General Service Office. York. UK, 1992) 21.)

2 Responses to Squaring the Circle