The words in the title of this post are attributed to Jesus Christ and they show the almost impossible rigour placed upon those who articulate the One to the many.

The Singularity knows everything in potential, but does not actually know anything until it happens. The person articulating a message from their potential to the point of articulation does not know how it is actually going to emit. They may try to rehearse, to prepare, to practice – but at its actual emission, if The Singularity is authentically engaged with the communication, the deliverer, that which is delivered and those to whom it is delivered, are One.

This earthly realm is a place of separation from the Singularity Itself. The word gives the clue:

PARA – Beyond, alongside, more than

TION – That which is after, to complete begets a completion, to part begets a partition etc.

So, separation is Itself going beyond Itself, in Itself, for Itself, by Itself. In the living organic vehicles, cells separate until the form is complete, then they renew the form by repeated and harmonic separations.

When The Singularity returns to Itself, either at the disposal point of Its organic veiling, or at moments of clarity and Self conception and actualisation during the organic journey, then the antidote to separation is apparent:

PARA – Beyond, alongside, more than

So paradise is simply Itself returning to Its own Singularity after experiencing the necessary duality of material existence. 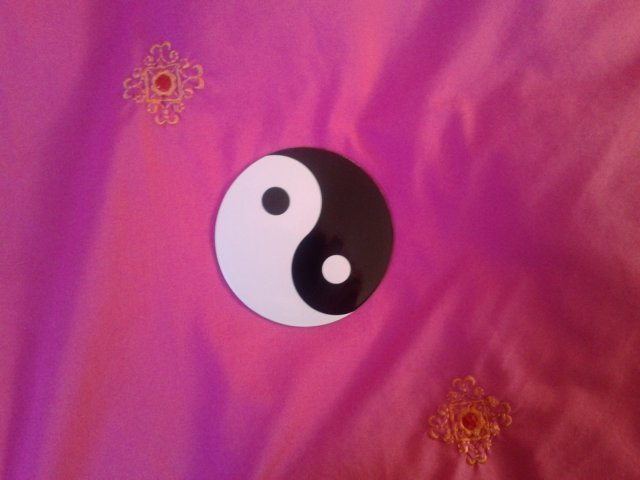 The person in Union with the Singularity knows less and less in actuality, the closer they come to utterance in the realm of material communication. They could be anything, often they are judged by the contemporary structures as being nothing, they connect everything back to The Source, but when asked who they are, are unable to provide themselves or others with any orthodox response.

Unorthodox behaviour is not quite the same as living as a paradox, though because it connects the paradox with the orthodox it is not an easy trait to bear in any era, either for the transmitter or the receiver. The unorthodox is so often seen as odd, the journey to Union is very odd.

The stuckness of ineptitude can only be initially challenged by the unorthodox, the truly United messenger then arrives as the Paradox, like the story of The Buddha leaving the riches of his palace to be with ordinary people, King Arthur and Excalibur, Moses and the Israelites, Samson and Delilah, Muhammad (pbuh) and the tribes, the Parousia expected by traditions today. The Paradox unites the opposites.

The word “parousia” simply means “presence”. To be truly present is to be single minded, even if only for an instant, to be beyond the twoness of matter, to taste paradise. The United person is in paradise as more of a constant rather than an instant, but they can still deal singularly well with a world in separation, a world that matters in its journey with matter.

The place of Union is the diction chamber.

All energy returns to Source, to return consciously is the Work.

Preparation of the place

Stepping out of the cornfield

Into the arena, an arrival,

From the Invisible to the visible

Some can’t see yet,

Their place is prepared. 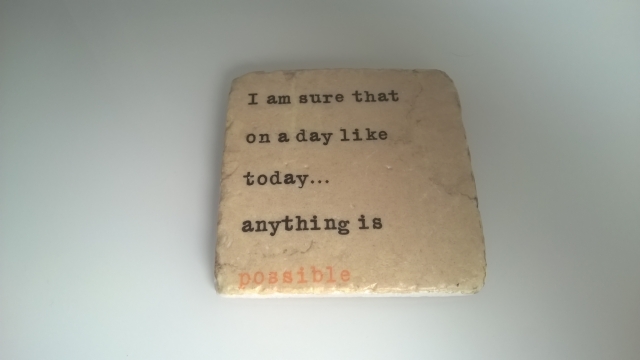 Biological man is xy. Biological woman is xx. When the xy is inserted into the xx, both then existentially seeming to share the second x, then The Human may be represented as xxyx – reflective of AUM, a quaternity.

Biological man must serve the manifest feminine, that is women and Nature so that then both masculine and feminine, animus and anima, become initiate to their invisibility, their third x, SuperNature, thus ever completing and perfecting The Human, being.

“The application of the comparative method indubitably shows the quaternity as being a more or less direct representation of the God manifested in his creation. We might, therefore, conclude that the symbol, spontaneously produced in the dreams of modern people, means the same thing – the God within . … If we take into consideration the fact that the idea of God is an ‘unscientific’ hypothesis, we can easily explain why people have forgotten to think along such lines. And even if they cherish a certain belief in God they would be deterred from the idea of God within by their religious education, which always depreciated this idea as ‘mystical’. Yet it is precisely this ‘mystical’ idea which is enforced by the natural tendencies of the unconscious mind. I myself, as well as my colleagues, have seen so many cases developing the same kind of symbolism that we cannot doubt its existence any longer.”6

This blog is now represented on a Facebook Page.

Because they look in time.

The ‘now’ is not strapped perilously to the rail lines

Of past and future waiting for the trained to find it.

It is not to be found in time at all – unless

As a personal co-ordinate, an amalgam, a dy by dx.

In maths there is differentiation using two axis x and y.

The y axis is the now, eternity:

The x axis is time.

The particular person is literally a co-ordinate in time and space, a dy by dx,

I hope that the above poem opens this piece with the image of a man in the ‘in-between’ place, the place of meeting and coming together, the ‘jam’ where the Logos meets that which is written upon, where the lover meets the beloved.

In the question of mankind being an expression of ‘nature and nurture’, there is only Love from the One to the One within the appearance of matter as an apparent ‘other’, an other that needs twoness to exist in its vehicle forms.

These forms rely upon electricity to charge up awareness via positive and negative poles from the molecular right up to the nervous systems of more developed and animate forms of Life and of course, mankind.

It seems that all matter is the product of a conception and that any conception must necessarily contain all the elements that are described by the various prefixes that illuminate the process.

So we find the words precept(ion), reception, inception, exception, deception, accept(ion) and conception as a sequence that exposes the drama of possibility and necessity as an individual tries to understand their perception of being born and facing death.

Love is the field within which all matter appears and disappears. The rules for conception are simple wherever the drive of creation appears be it physical, mental or spiritual. Opposites are attracted, a conversation or an attempt at ‘knowing’ takes place i.e. a position and its converse are brought together, this being so whether the position is physical, mental or spiritual, and if the coincidence is fortunate then a fertilisation takes place.

Everyone knows about this process in the physical realm of vegetation and animality up to experiencing the marvel of mankind’s physical birthing. Everyone knows of their own culture’s ideals for protecting the process and guarding against disasters of breakdown of support for mankinds’ offspring development.

Love is the support; lack of love seems to be the disaster for any product of physical conception. However, because there is only One in existence, any such disasters are never totally irreconcilable and indeed, the mystery of True Love is often bewildering for mankind. (This perplexing rendition of Cosmic Love can be seen within the stories of the religions for example, whether it is the story of Moses and Khidr in the Qur’an or Arjuna and Krishna in the Bhagavad Gita).

To move on, the rules are the same for conception in the mental realm except that the opposites that attract are internal to an individual, their animus and anima, their left and right brain, their known and unknown, that which has been touched by life’s experience and that which is untouched.

If the inner forces of intellect and intelligence meet in loving tussles within an individual in response to a need to know how to meet a challenge set by Life and if the passion of that meeting of intellect and intelligence is fruitful, then a new conception is produced – a work of art, an invention, a scientific discovery, a business venture of service to mankind or an architectural wonder.

When, in the spiritual realm opposites meet, when God meets Himself as apparent other, in Love, yet in nothing other than His own creation in response to a need to know Himself, then a Cosmos is conceived of and born.

This is best described spherically, a sphere has a centre, a place of connected presence, a rounded sense of The Human, being.

When the maintenance of that Cosmos demands, then certain individuals birth again within an actual reflection of that mystery of spiritual conception, Infinity touching finity for an instant, individuals with the ability to communicate to and help others with, the messages of God as it where, One to one.

This, it seems to me, is the promise and reality of the Abrahamic line of prophets and messengers and their heirs.

So, in terms of nature and nurture, it seems that an individual is capable of being two things at once, for we are in Our Creator’s image after all – we as individuals are both here and not here, our worldliness is a vehicle for our soul.

We are souls journeying through this Earth as part of God’s conceptual process in Himself.

As the Buddhists say:
‘I am spirit dwelling in the temporary vehicle of my body to obtain experience, expression and development’. 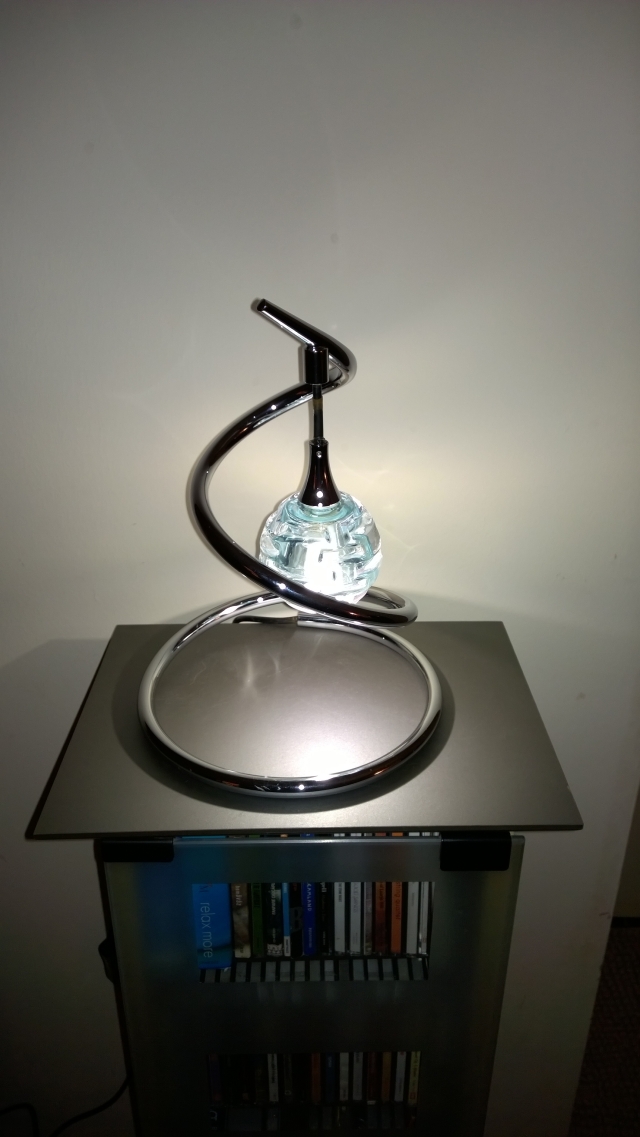 Posted from WordPress for Windows Phone