This word “reputation” gives a clue to pressures upon individuals and systems at this time of transitioning between eras, as this transitioning is bridged with a bellwether disease that is stuck-addiction©.

There are many facets to this word reputation and it is linked of course by prefix to impute, dispute and compute.

Initially the usage of reputation as applied to individuals and collectives is marked by the need to see a real and an imagined effect. The testing of reputation is very much the grist to the mill of much of the process of modern culture in its claimed and actual success and in its possible imminent demise.

Reputations, it seems, can be built, maintained, trusted or not, exaggerated, imputed, tarnished, challenged and destroyed – to identify just a few of the possible permutations of this word.

In some cultures reputation is synonymous with a sense of honour or face.

In Japan losing face is linked to the old honour system of committing suicide if a man were to be seen to have lost face. In older times in our culture, duels were fought over matters of reputation and face.

Brothels are called houses of ill repute, as a terminology that in the past determined that a person’s sexual expression and their reputation were inextricably linked, and in the UK at least this position is still maintained in law.

However, some UK and international laws have changed recently around homosexual behaviour such that personal reputations are now protected in this particular area whereas before they have been utterly destroyed when exposed to public scrutiny.

Such then is the power of this word reputation, that it is irrevocably and ever linked to not only the oldest profession in the world, but eventually by extension, also the legal and moral basis for the success or failure of every business in the world, for every trading nation in the world.

To return to the phenomenon of ritual suicide as practised by some old cultures. This cruel act of self-destruction as a reaction to losing face is in fact present to be triggered in all individuals and collectives in extreme circumstances and is a phenomenon at the core of the disease of addiction, or stuck-addiction© as is my preferred term.

Age: In use throughout the ages/unknown
Area: All or none
Geography: All or none
Frequency: Very frequent, in all Elementry Latin books, top 1000+ words
Source: General, unknown or too common to say.”

The above Latin verb shows the root of the words mentioned with the word reputation.

So there is a missing word in the current English, a word now reintroduced – the verb “to pute”. It may be hiding in the verb “to put”, but put is missing the completion elements of a process described by puting.

So a dispute is something that occurs naturally in this process of attempted problem solving, if the “putting in place process” is seen to be flawed, counterfeit, unworkable, or otherwise generally broken.

A dispute is designed to be resolved so long as it stays connected with a process that feeds its root meaning. A dispute resolves when the repute of those engaged in it are proven to be truthful, when that which is imputed is seen clearly, when the computations of all involved are brought into the light of harmony.

This process can be seen to harmonise with the healthy problem solving pathway that is described around the word diction. 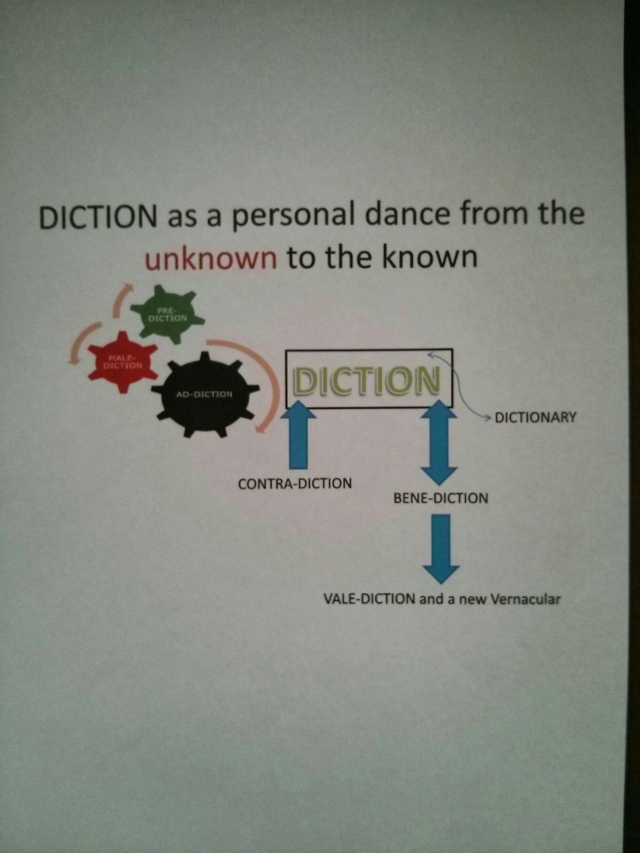 A problem is solved internally with a healthy process of disputing with the known and unknown by putting things in place, computing, imputing and if successful, the solution resolves upon itself by gaining repute.

Reputations are built, they are trusted, upon them hinge knowledge and humanity.

When sickness strikes, the processes break internally and externally as I have previously described in the term stuck-addiction©.

So, what is actually happening on the ground in the World today.

Reputations that have taken decades to build are collapsing.

Disputes that are resolved only by keeping them in a connected train of energy are becoming stuck and permanent, chronic, like the never ending War on Terror.

Messages between nations are being rendered unintelligible as that which is imputed is misunderstood, computations which are designed to simply reckon, estimate and value break down in a an over dependence on reputations, on a merely academic understanding of Life’s forces.

The lubricated translation interfaces that used to exist between necessary embodiments of Life Force, the respect between Sultan and Dervish, between the given Seen and Unseen Government have broken.

So, disputes abound inside nations, disputes are projected by nations upon nations as a forlorn attempt to hold the internal status quo of the projector. Might is insisted upon as right. Computations lock, what is thought, believed, valued or held becomes simply the battlefield of propaganda and advertising rather than the Sacred Ground of our Common Human Being.

Until eventually, these secret battlegrounds of manipulation and pretence of reputation in Public Service start to spill out into a physical battleground.

This collapse can be arrested.

The calamity is not inevitable. There is a Serenity that can match the calamity and prevail.

The first step is to see the global condition accurately.

The first step is to admit to the sickness. The Soul Sickness at the core of Mankind’s present disaster management.

This sickness is stuck-addiction©.

There is a personal and then a collective solution.

Messengers are simply those who have already undergone a process of reputation building and destruction over and over, in whatever sphere they find themselves in and who have survived to simply be midwives.

There are many such folk prepared by Life in these times, fear not.