Priceless Prayers (retrieving the baby from the discarded bath waters)

In The Name Of God, Most Compassionate Most Merciful ….

From al-Islam.org this Creation Story looks at “resentment” as first felt by that entity known as Satan or Iblis in the Abrahamic religions.

“One day Shamim asked her grandmother, “Tell me Grandma, who made us? How did we come on this earth?”

Grandmother smiled sweetly and said, “Yes, my child, I will tell you. Listen to me carefully and patiently.”

“Many, many years ago, in fact thousands of years ago. There were water, trees, mountains, birds and animals on this earth. But there was no man or woman.

At this time Allah created one human form. It was man’s body. Then Allah made the body alive. He was called Adam. Having created Adam, Allah commanded all his angels to bow down to it. All the angels obeyed and bowed down. But one Jinn (who used to pray with the angels) and who was called Azazil, did not do so. He stood erect against the order of his Master and Creator.

‘Why did you disobey my order and did not bow down as commanded?’

Azazil proudly replied: ‘Oh God, You made me from fire. Now you ask me to bow down to a body made from clay and earth. I cannot belittle myself. That is why I will not bow down to Adam.’

The reply displeased Allah. For, all who are created by him are to obey His orders.

Azazil was sent out of heaven onto the earth. And from then on he was called Iblis and Satan.

Iblis before coming onto the earth begged Allah to look at his many years of prayers and obedience.

Allah asked him to ask for reward.

Iblis thought deeply. He felt that it was because of Adam that he was sent out of Heaven. (In fact it was not Adam but the pride which had caused the downfall of Satan). So he thought that Adam was his enemy. He decided to ask for life upto the Day of Resurrection. Allah granted him life upto a certain day. It is the day of the Reappearance of our 12th Imam (a).

Having got such a long life, he vowed to misguide Adam and all his progeny on every possible way.

Hearing his determination, Allah told him that his scheme would be successful for only those men who would be of evil thoughts and deeds. But he would never succeed against good people.”

”Can Iblis hurt us?”, asked Shamim.

“Yes,” replied Grandmother. “He can harm us by making bad things appear tempting to us. We must always be careful”.”

For the Dervish, when looking at the Ancient psychology of spirituality, it is said that all teaching stories can be internalised by Mankind into the inner universe.

All peoples know of resentment. This is not to criticise or favour any culture or religion over another. Stuck-addiction affects and infects the whole world’s people and has a whole world remedy.

So, all people have the Angels as connections in the psyche. It is said that all people have God and the Devil inside. In the story, Satan took a huge resentment, felt ill-will against God and Adam, when asked to worship (wor[th]ship, to see the worth or value of) Mankind and earthly creation.

When any person therefore wants to know if they have God and the Devil in their inner experience, look no further than emotions charged with ill-will stemming from a resentment toward a person, place or thing in their life as their Devil, toward emotions charged with good-will stemming from seeing the worth of a person, place or thing as their God.

This simple Creation Story taken from The Qur’an gives the foundation for the redemptive 12 Step Programme that is the gold-standard treatment for the primary disease of Addiction.

“We took stock honestly. First, we searched out the flaws in our make-up which caused our failure. Being convinced that self, manifested in various ways, was what had defeated us, we considered its common manifestations.

Resentment is the “number one” offender . It destroys more alcoholics than anything else. From it stem all forms of spiritual disease, for we have been not only mentally and physically ill, we have been spiritually sick. When the spiritual malady is overcome, we straighten out mentally and physically. In dealing with resentments, we set them on paper. We listed people, institutions or principle with who we were angry. We asked ourselves why we were angry. In most cases it was found that our self-esteem, our pocketbooks, our ambitions, our personal relationships (including sex) were hurt or threatened. So we were sore. We were “burned up.”” (from chapter 5 AA Basic Text)

QED as a mathematician might say. Here is exposed a practical connection between ancient scripture and contemporary psychology of spirituality.

Ill-will that stems from ignorance of how this world and Mankind actually is put together is a descriptor of the cause of all spiritual illness and that addiction in all of its forms is actually a spiritual illness even though it seems to present as a mental and physical collapse.

So, simply put, there are two states of will on this planet experienced by Mankind, good-will or ill-will.

Ill-will is rooted in ignorance, good-will in knowing.

This then simply put is what my work in blogs since 2013 is about, this then is what Diction Resolution Therapy is about.

These and other simple questions can show that most people are often taken over by Satan as defined by ill-will toward people, places and things, but that this animosity is so painful that most people have in the past tried to find ways to return to acting with good-will as soon as they can in their close personal relations.

When sensitive people get stuck in resentment, then all the many failed forms of attempted remedy are the forms of illness that are collapsing the health services around the world today, broken hearts and cardiac disease, food issues and obesity plus secondary diabetes, sex instinct disorder plus physical and behavioural disease, alcohol and drug misuse, gambling dysfunction, monetary hoarding and/or profligacy causing mental and physical illnesses associated with bingeing, many forms of co-presenting mental illnesses including dementia. The fact that academics in medicinal departments can’t even see these connecting symptoms as being from one disease, is politically at least, a huge part of the disease.

When leaders of collective endeavour get stuck in situations of ill-will as competitive approaches to commerce become personal or when ethical rules are broken, then corporate as well as local, national and international political governance can get taken over by Satan as defined by ill-will toward people, places and things.

This situation is not resolved by the unaided intellect. It is a spiritual illness that is only relieved by a spiritual remedy.

The global situation on Earth is now a spiritual collapse. The religions as a partisan phenomenon of theories about God are part of the disease, no longer able to deliver the initial Human remedy.

The increasingly tribal and febrile partisan political situation nationally and internationally is clearly broken, ill and not responding to the usual sticks and carrots of a monetary based system that only pays lip-service to the Spiritual oaths that the individual politicians take as they enter into the governments’ machines.

How much further must the situation in the world deteriorate before my message is received?

There are signs that Leadership Teams are waking up to the actual conditions that they face. Jared Diamond’s book called Upheaval that has been endorsed by Bill Gates recently is the first sign of a genuine breakthrough that I have witnessed in my lifetime.

Say: I love God alone, whilst seeing the worth of Mankind, whilst worshipping Mankind. I am in the middle.

For this Universe and this Earth and this material Sentience is utterly perfect now. The design of light and dark, angel and demon is necessarily and beautifully cohered for adventure and individual becoming of The Human, being.

Stuckness, a lack of turning, a fixation with a false singularity such as a person, place or thing, this when collectively manifested to a point of breakdown has brought about Messengers from The Source.

All Messengers repair material opposites to get them turning again and authentically reconnect them to The Source as they understand It.

It is said that ‘familiarity breeds contempt’ as a saying in the West.

In Recovery Dynamics evidence about recovery from a spiritual disease, it is said that the only bar from recovery is ‘contempt prior to investigation’, that is a closed mind, or only imagining or thinking that a thing is already known. The Sufi says ‘love’, and people think that they are familiar with that word.

When all said and done, change is up to people. Systems change only when enough people change themselves. 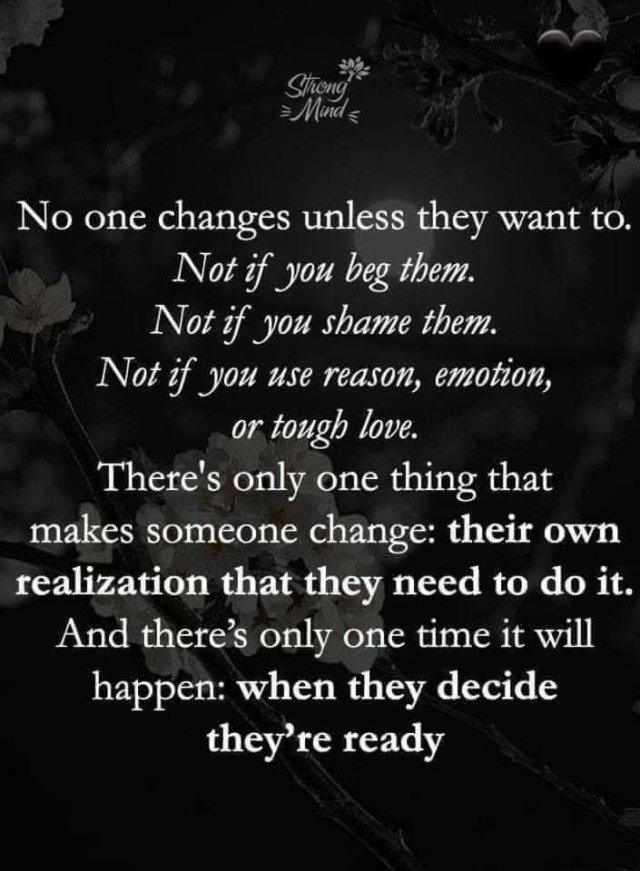