There have always been thieves in the recorded history of cultures on Earth, people who have broken the law around money and value in the material realm.

Thieves have one thing in common, they put money or its equivalent object of material value ahead of their ability to truly know Love.

This money first compulsion is traditionally rationalised by thieves as justifiable because cultures are often mired in hypocrisy and their prevailing religious messages of Love have often become corrupted by their leaders who slowly find themselves putting people, places and things ahead of Love.

So, creatively put as in Matthew 6:24, thieves can be defined as those having to have placed money first in their life to be able to have done what they end up doing to steal money, a definition that can then explain to non-thieves the often exasperating criminal behaviours of thieves in general.

As for other crimes of man’s inhumanity toward man, money is only a euphemism for power. Whether privately or publicly, when people, either individually or collectively thieve power, it is the same tap-root as the theft of money.

A bank has but one purpose in its hosting culture. Its purpose is the business of providing safe and secure places for people to store prudent reserves of money, to be able to share this pool money, for a service fee, with fellow citizens to facilitate creative trade, inventive commerce and a collaborative coming-together of a Human endeavour.

All religions known to Mankind have carried warnings about keeping money in its place. Warnings against the making of money into a commodity in itself. Warnings against making money out of trading money for that trade’s sake. This is the reason that Christ threw the money traders out of the Temple in the story in The New Testament.

A money first approach to life is the conduct of the thief.

Banks should never rule over their hosting cultures. Organised money that supercedes the power of a cultural leadership system is a threat to that whole culture. 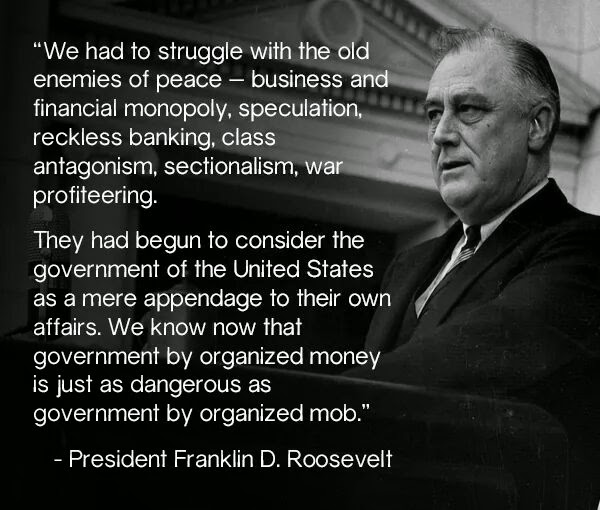 Wo eye knee, with the ‘o’ short as in ‘hot’, is the phonetic sound for three words that are in every language on Earth.

These three words have been stolen by religions, they have been prostituted by advertisers of businesses globally, wielded by power brokers in private and in public relationships to gain success for an agenda.

It is hard enough to be living in the place that Mankind finds itself, a place of being the isthmus between invisible and visible forces, between nature and super-nature. This place being the living equals sign in Einstein’s equation E = mc².

Then, in this disconnect Energy disappears, this Energy is Love. Then organised criminals and organised governments merge in their money first bottom-line fixation.

The three words in Chinese wo eye knee, stand for I love you.

When these three words are reclaimed by the individual people, taken back from religions, from Disney, from psychological and psychiatric definition and when they are re-established within a relationship of conscious contact with Love as the invisible Source of all matter, then all the collective mental and physical complex problems will eventually find their resolution – if not, then not.

I have desires, I have had problems with my desires at times, desires around universal instinctive appetites that respond to people, places and things. However, in the articulation given to me in what is the only evidence-based spiritual vehicle on the Earth today, my conscious contact with God means that though I have desires, I am not my desires. 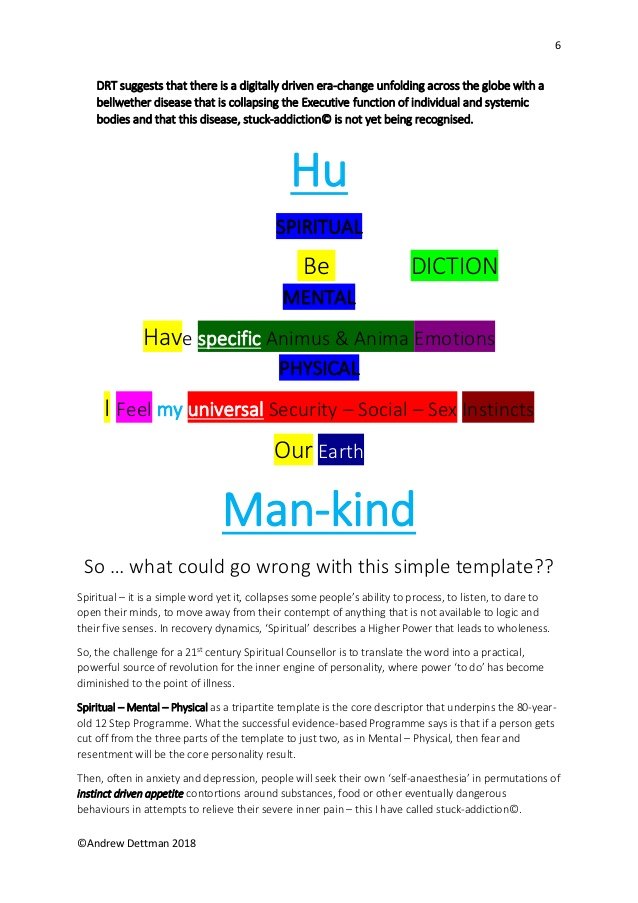 Over the last 24 years I have had difficulties with my attractions and repulsions to and from people, places and things. Because having difficulties is not the same as being those difficulties, eventually my conscious contact with God has always eventually transformed my problems into my being able to see a resolution flowing in wisdom, compassion and mercy.

All the problems facing Mankind on Earth today are problems arising out of many leaders having slid into systems that place money as a thing ahead of Love, which means that they have no energy to fight the criminals who always place money ahead of law.

Religions though purportedly placing God as Love first and foremost, actually are collapsing under the historical baggage of people, places and things that have broken their connection to the Loving Energy that Einstein expressed in his message of Relativity. The equals sign in Einstein’s equation is almost never duped by protestations of formal prayer or showy devotions.

Though the global religions are all in trouble, they are the failing and mislead conventional troops in the spiritual battle that rages now on Earth. There are however still mystics in the religions who are holding true to their esoteric history and to their transmissions (silsila) of healing, chivalry and Love.

There is only one global structure that is akin to Love’s SAS, truly free from dogma and religious baggage, respectful of all faiths yet utterly practical in God’s service. This structure is the global 12 Step Programme appearing across its many Fellowships.

Look deeply into the appearance of our global political, commercial and financial leaders, listen carefully to the way that they speak, to the sound of their voices, look forensically at their faces. There is no mystery to what happens to a person that only pays lip-service to E as Conscious Love, whilst then ballooning into prominence as the world’s richest, most powerful, most influential, most intelligent, most religious, most sexy, most to be feared, most successful, most business savvy, most blah, blah, blah, blah, blah ….

There is a clear challenge facing people of good will in the organised criminal activity of those stereotypical men and women who will do the most terrible things to get money. This threat cannot be met if the system is brutalising its law-abiding people by money-first policies of dehumanisation.

The mass riots of the past are a frightening prospect for leaders. The mob rule energy has been used by populist hijackers of government over time, but it is a ruthless and volatile strategy.

This is why I have offered the bellwether illness paradigm, attached to a digitally driven era change, to offer the best chance for the leaders and the masses of the led to actually survive the inevitable effects of these times.

I have improved and improved and improved my conscious contact with God, as I understand God, over the last 24 years as stated in Step 11. I have built upon my overwhelming 1982 experience of destiny that I have only recently been introduced to as a recognised Sufi experience, so that though it has been almost impossible for me to describe to others myself until now, it is almost entirely described here.

I am now therefore grown from the Child and am describable as a Man of the Heart, a Man of the Spirit; to not make this known at this time would show a lack of adab toward God.

I am consciously connected to Einstein’s equals sign (link added 15/11/20). This means that I am equal to the challenge facing me, the challenge to be a tool in the hands of my Higher Power.

The problems that confront an individual who is dying from a disconnected metaphysical terminal, aka the disease of Addiction, these problems present as physically and mentally complex, often justifiable to the sufferer and utterly relentless. If a therapist fails to convince any such individual, who manages to ask for help in time, that actually even though their problems appear to be complex, mental and physical phenomena, that actually their condition is one of a simple disconnect from God, then that individual has very little hope of ever getting free from their condition.

Similarly with the Earth and the populations of Mankind and all of the seemingly disastrous, complex physical and intellectual problems that are hammering through the news reports 24/7. If I and my ilk can’t convince you that all of Mankind’s problems are actually based in a spiritual disease that is due to placing money first as a cultural imperative, then there is no hope for Mankind ever getting free from their immediate dire condition.

This 6 part practice is a simple beginning to a seemingly complex problem of how to reconnect to Love. It is mentioned here.

Thieves put money first. Recovery from this criminality is possible. Criminality is not the whole problem, Mankind is designed to make mistakes. Christ was crucified with a criminal on either side of Him, one changed whilst the other did not. Christ initiated the portal of No Blame which is The Way so very hard to access whilst still having to prosecute secular laws.

Denial is Mankind’s perennial problem. Ya Allah Ya Rahman. 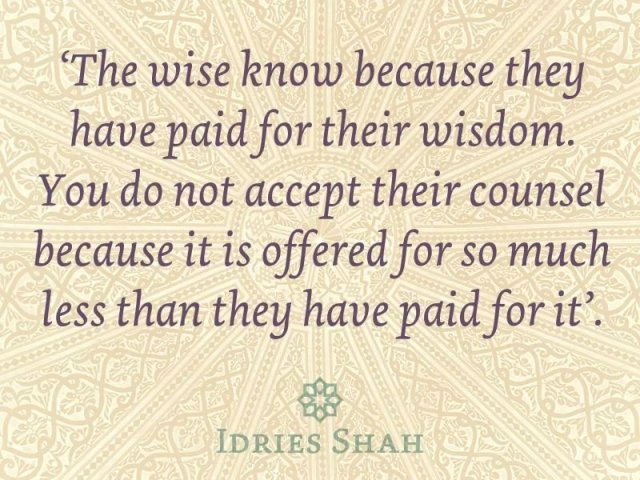 6 thoughts on “For the Love of God”